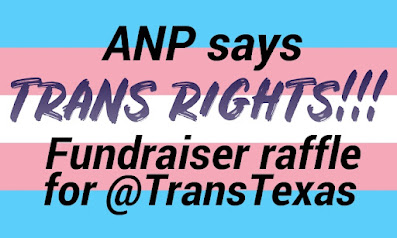 Are you, like me, disgusted over Greg Abbott's most recent attack on trans kids in Texas? Well, let's do something about it! I'm doing a raffle fundraiser for TENT, The Transgender Education Network of Texas, and the winner of this raffle will get to choose a pre-00s anime for me to talk about in a future episode of The Anime Nostalgia Podcast!
How to enter the Raffle:
The Rules:
About The Transgender Education Network of Texas:
From their website - TENT is an organization dedicated to furthering gender diverse equality in Texas. We work to accomplish this through education and networking in both public and private forums. Through our efforts we strive to halt discrimination through social, legislative, and corporate education. I chose TENT as the charity for this fundraiser because their donations go directly towards fighting anti-trans legislature in Texas, as well as supporting actual trans people there who are working towards equality. While there are trans people everywhere who need help, this is a small step towards helping those currently in an area that needs it. 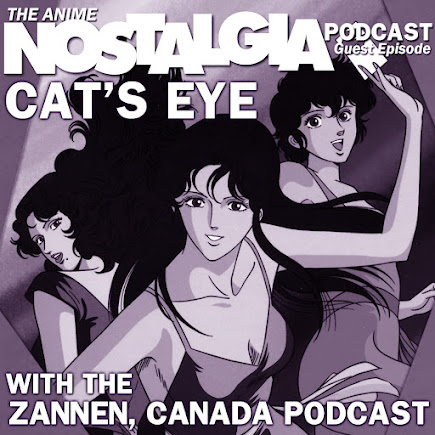 Valentine’s Day may be over, but this month on the podcast, we’re stealing hearts with some Cat’s Eye conversation with the Zannen, Canada podcast! Host Jesse, additional guest Chris, and myself talk about our history with the series, it’s ties to City Hunter, and I learn about it’s release in France & airing on TV in Canada! Only mild spoilers for the series, so even if you’ve never watched the series, you can still listen in and find out which of us lovingly referred to this series as “anime Inspector Gadget”.

Support the work I do on this podcast by leaving me a tip on Ko-fi! Want to have your name read in the special thanks segment on the next episode? All you need to do is buy me 2 or more “coffees” on Ko-fi!As always, feel free to leave me your thoughts on this episode or ideas for future episodes here—or email me directly at AnimeNostalgiaPodcast@gmail.com. 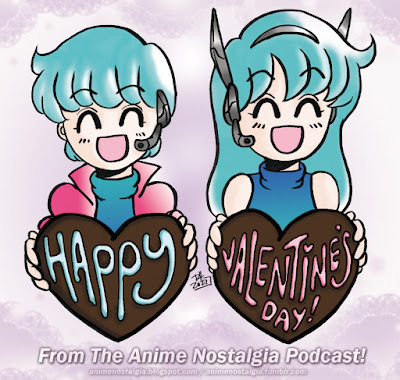 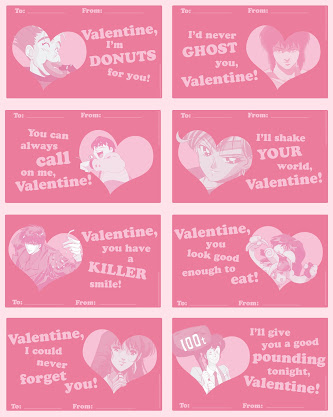 Another year of old-school anime Valentine cards! Yes, I’m back again this year with more cheesy puns for your Valentine needs. Save & print any card individually at the podcast's tumblr here, or you can print them all as one sheet using this large combined image here!

(These are free of course, but if you like these you can always leave me a little tip on my ko-fi account since I did spend a few hours making them!

Recently, Rightstuf sent me several random anime releases to write reviews for! This is the first of the reviews I will post over the next couple of months. While I did receive these titles for free, that had no influence on my final reviews. Thank you again, Rightstuf, for your support! 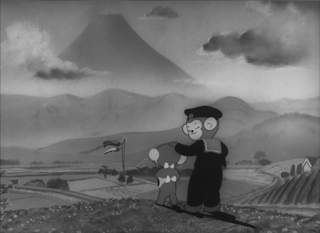 Momotaro: Sacred Sailors is an extremely important part of animation history: It was the first feature-length Japanese animated film. It was a product of amazing ingenuity–as supplies were scarce during World War II, celluloids were cleaned in acid to be reused over and over until they started to deteriorate. It ended up being a source of inspiration for both Osamu Tezuka AND Leiji Matsumoto, who both saw it at fairly young ages.

It is also a World War II Propaganda film commissioned by the Japanese Naval Ministry aimed at children.